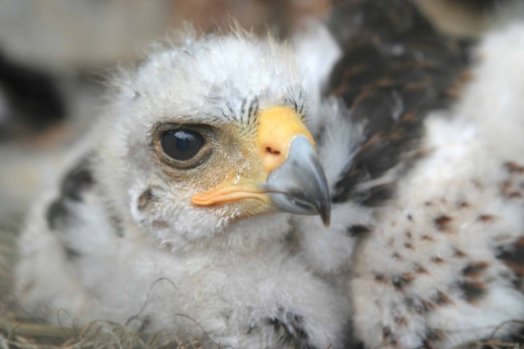 DO NOT allow a captive bred Harris's Hawk to get low in weight. This can bring on screaming and mantling, and it is one cause of a fist-bound hawk. For some hawks,it alters the way they look at you and the world, with the focus being too inward and too much on the falconer. Let the hawk's behavior dictate how much weight reduction is needed--which often isn't much.

NEVER feed a captive bred Harris's Hawk a meal on the glove. The only type of feeding that you should do from the glove is the occasional tidbitting. If you do this too much though, you are likely to create a fist-bound hawk.